So this past Friday (April 20th), my brother took the plunge and remarried. He has been saying for awhile that this was going to occur and so it did. I am really happy for him and his new bride. Her name is Shantel and is from Slidell, Louisiana. I have met her twice, I think, and she is really nice. Her daughter was down from the Air Force and Ethan was home on leave from the Marines, so Jason decided to do it right then as they already had the license. He had previously thought to have the ceremony in the summer while I was there, but I told him to go ahead if he wanted. I have been to a wedding of his before, so really I just want him to be happy. And it seems like he is that. Pictures: 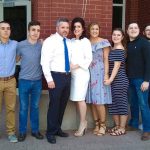 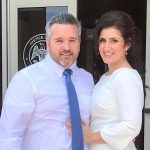