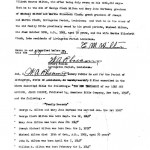 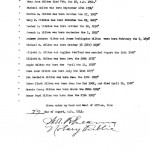 Michael Milton was the son of Michael Milton and Mary Unk. He was born in what was the Mississippi Territory in 1794, now Baldwin Co., Alabama. He was the third of 3 sons and also had 2 sisters. He fought in the War of 1812. Sometime in the 1820’s, he moved to Louisiana. He married Martha Elizabeth Clark around 1830. She was formerly the wife of John Wilkins and had two daughters, Robina and Mary Ellen, with him. She was born in 1807, either in South Carolina or Mississippi.

*I received this Bible information from my uncle, George Milton, in July or August 2010.